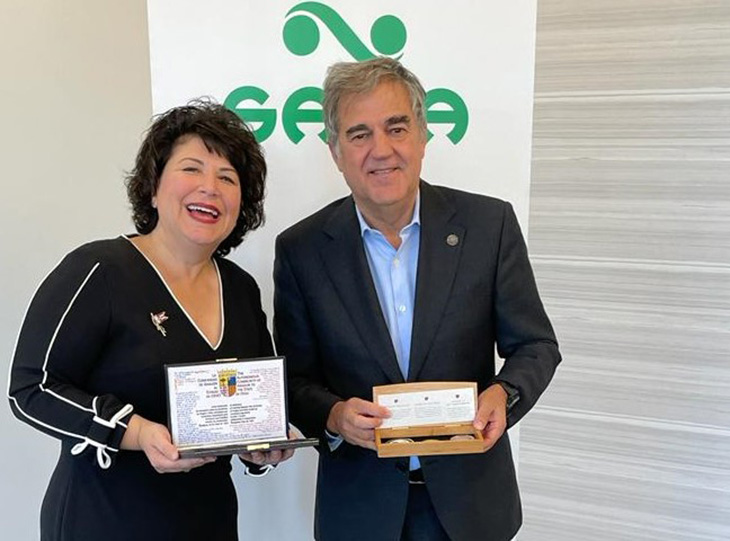 Last Wednesday, Saica Group acted as Aragón's ambassador to the state of Ohio (USA). Ramón Alejandro, president of Saica Group, handed over commemorative coins that the Government of Aragón granted to the Government of Ohio, after the agreement signed between these two regions last May. At the same time, Sara Zeigler, Deputy Chief of the Ohio Office of Export and International Engagement, gave to Ramón Alejandro commemorative coins that the state of Ohio awarded the region of Aragón.

In line with what was expressed during the signing in Zaragoza, Ramón Alejandro recalled the permanent purpose of the group to "contribute to the development of the communities in which we operate". "This is what we like to think it happens in Aragon", he declared, to later reiterate his "deepest gratitude for the support received from the US local authorities, Saica Group´s employees with their hard work and committed, and finally, the Government of Aragon, always supporting Saica in its endeavors".

Sara Zeigler echoed the words of the Governor of Ohio, Mike DeWine, for whom "this agreement will be mutually beneficial for both Ohio and Aragon, as we have many economic sectors in common, particularly automotive". "I want to thank Ramon Alejandro, president of Saica Group, for choosing Ohio for his first facility in North America and for suggesting that we strengthen our economic ties".

"Ohio has a growing relationship with Aragón, and this agreement will take our partnership to a new level," said Lydia Mihalik, director of the Ohio Department of Development. "We look forward to strengthening our cooperation for the benefit both of our economies," she said.

Last May, an agreement was signed between these two regions through an online event taking place simultaneously at the main government building of Aragon, in Zaragoza, and at the Saica Pack facilities in Hamilton, Ohio. In the Aragonese capital, Ramón Alejandro received commemorative coins illustrating key figures from Aragón´s history: Miguel Servet, Francisco de Goya, Santiago Ramón y Cajal and Luis Buñuel, and undertook the task to hand them over to the Ohio authorities. At the same time, representatives of the Saica Group in Hamilton also received coins from the Ohio government. Ohio´s coins pay tribute to the figure of Neil Armstrong, born in Ohio and first man to set foot on the moon, together with the flag and shield of Ohio.

Fermín Serrano, commissioner for the 2030 Agenda, said about this act: "Saica is an example of good work in Aragon and our best ambassador of how we work in our community. As we have seen at the signing ceremony, collaboration between public administrations and businesses is essential to strengthen economies bonds which brings social and economic prosperity to the regions ". 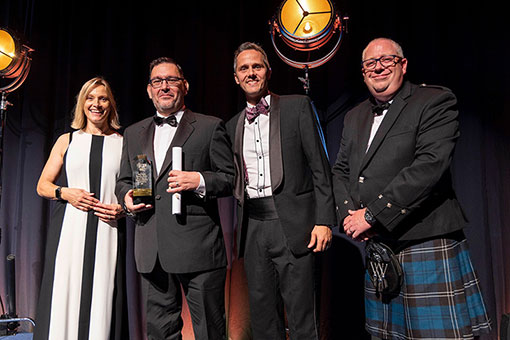