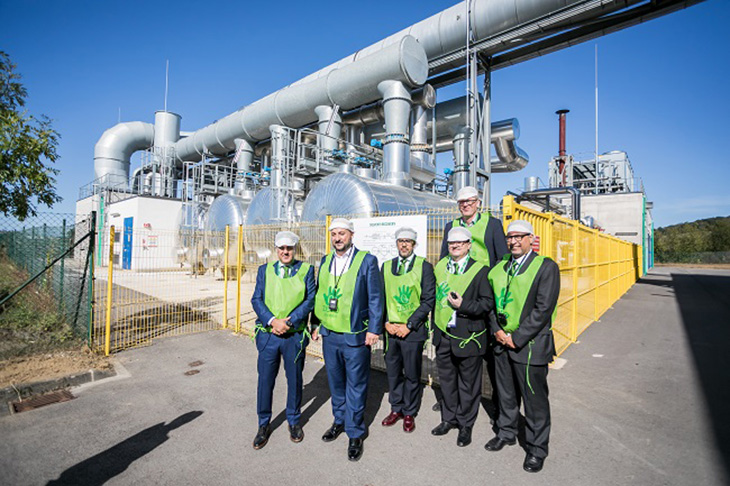 The Deputy Prime Minister, Minister of the Economy, Minister of Health of the Grand Duchy of Luxembourg, Etienne Schneider,  received a guided tour of the Rodange site and had the opportunity to see the new solvent recovery facility, an industrial process that extracts solvents from the exhaustion air system, filtering and cleaning them, so that they can be used in the manufacturing system again. The new solvent recovery facility, an example of circular economy, allows the reduction of C02 emissions, reduces waste and minimises the use of resources used during the industrial process.

Throughout the site visit, new product developments were also shown: “Greenheart”, an innovative produce line that allows the replacement of virgin polyethylene with recycled polyethylene and “Monoflex”, a product 100% recyclable developed mainly for fresh food.

“We were delighted to welcome the Deputy Prime Minister, Etienne Schneider, and to show him our latest developments. Innovation and sustainability have been the drivers that have moved our business forward.

At Saica, we are convinced that plastics are far too valuable to end up in the environment. All waste should be regarded as a resource, examples such as Greenheart and Monoflex, are the proof of this believe and commitment”.

Rodange´s plant currently produces 110 million square meter of flexible material and employs 82 people. This factory is one of the 12 plants of the group division, Saica Flex. This business division was born in 2015 with the acquisition of flexible plastic packaging sites in Spain, Italy, the UK, the Netherlands and Luxembourg. It currently has more than 1,200 employees, integrated in a group with more than 10.000 employees. About Saica Group