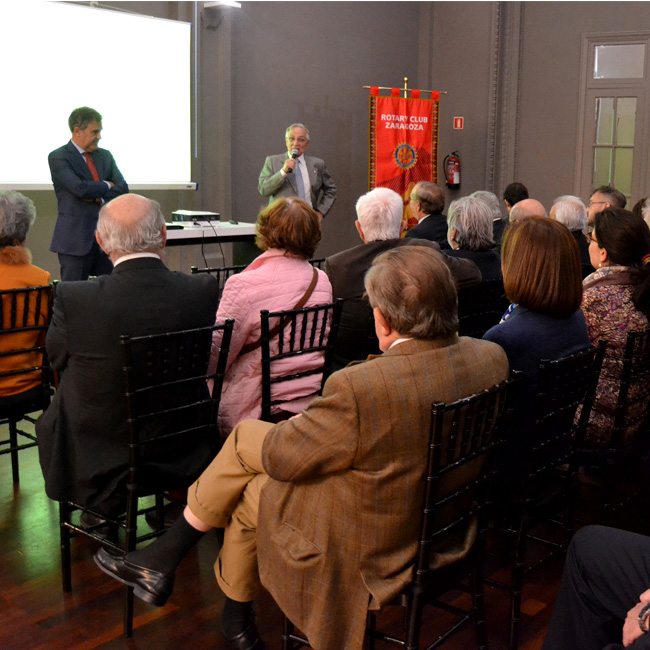 This Wednesday, the president of the Saica Group, Ramón Alejandro, joined in with a session in the series of conferences organised by the Zaragoza Rotary Club. On this occasion, the most senior member of the multinational company from Aragon placed a special emphasis on the company’s values, as well as its environmental sustainability and the way it cares for its social environment and people. He also highlighted the key role that innovation plays for the company.

Saica’s history, development and work took centre-stage this Wednesday in a new session in a series of conferences organised by the Zaragoza Rotary Club. During this event, which took place in the Gran Hotel in the capital of Aragon, the guest was the president of the multinational Aragonese company, Ramón Alejando, who was joined by the president of the Rotary Club, Antonio Peleato.

During his speech, Saica’s most senior representative explained the fundamental values that are always present in the daily work of the company. Environmental sustainability is one of them, and he highlighted the company’s activities in this regard. In fact, he explained that Saica Natur recovers paper and cardboard that, once they have been recycled, are the raw material that Saica Paper uses to create the paper with which Saica Pack manufactures the corrugated cardboard and packaging. Once this has been used it is managed as waste by Saica Natur and the whole cycle starts again.

Something similar happens with the Natur Cycle Plus site in El Burgo de Ebro, which is responsible for recycling low-density polyethylene that, after a washing, grinding and extrusion process, becomes the raw material that can be reintroduced into the circuit once again.

Another one of the values that Saica has, as pointed out by Alejandro, is the care it pays to its immediate social environment; contributing to the well-being of local residents, groups and society in general, as was the case with the Life Project “Zaragoza saves and recycles paper”. Likewise, he reiterated the efforts of the Saica Group in terms of its work force, encouraging dialogue, and continuous training, such as the case of the Graduate Programme, or seeking for ways to reduce unemployment and the lack or work opportunities by means of dual training and the participation in the European Youth Initiative.

Likewise, Ramón Alejandro also insisted on the importance that innovation has for a cutting-edge company like Saica. In this regard, the company has been awarded two Líderpack prizes in the categories of Logistics and Distribution and Save Food, thus recognising its packaging for services on the rise such as e-commerce.

During his speech, the president of the multinational company also drew attention to the almost 75 years of history that the company has, having been established in 1941 by Jaime and Manuel Balet Salesa, and their brother-in-law Ramón Aragüés, to which their friend, Joaquín Rived, and a small number of Aragonese shareholders also joined. He also highlighted the fact that two of the key factors that have allowed for the capital to continue to be 100% Spanish are that a Family Protocol was establish before it was necessary, and because of the professionalization of the company. 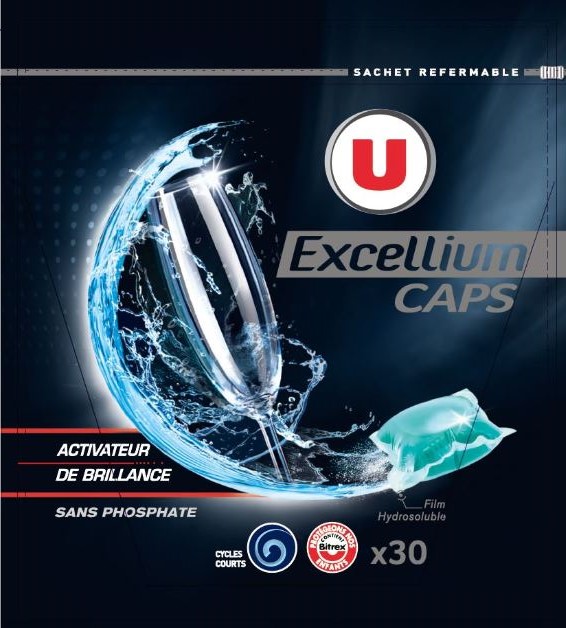 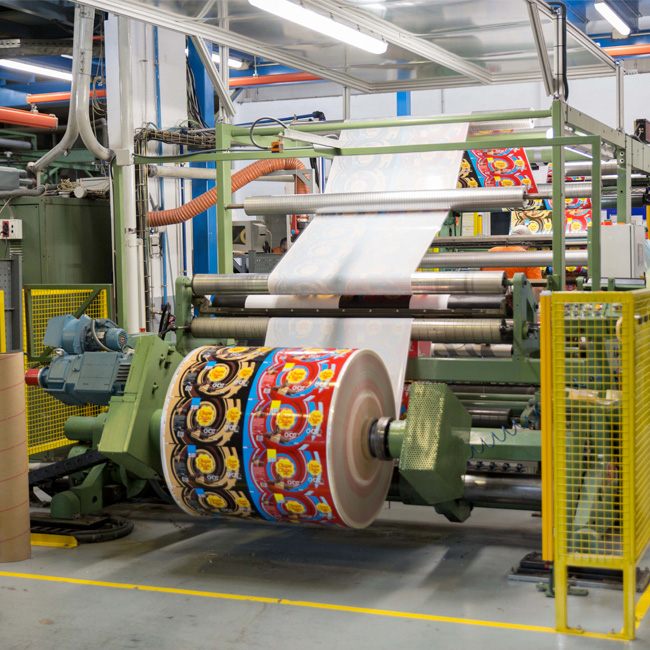 Press releases
Saica Flex Achieves a BRC Packaging Certificate, the Most Prestigious in the Manufacturing of Flexible Packaging 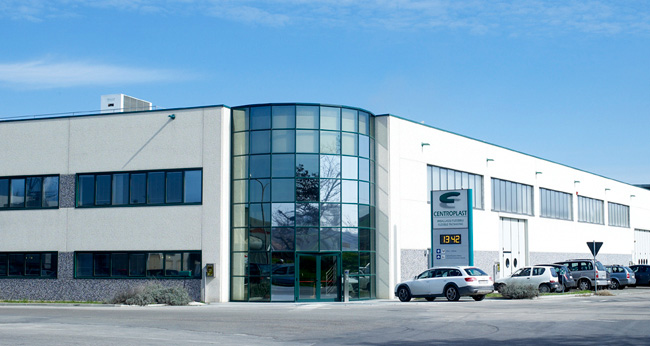