Saica reinforces its double commitment to innovation and sustainability

Saica reinforces its double commitment to innovation and sustainability

The Group holds its 12th packaging convention in Mandelieu-la-Napoule (France), bringing together customers and managers of our Pack and Flex divisions

“The only possible progress is one that is built on sustainable solutions”, claimed the Company’s CEO, Ramón Alejandro

This last Thursday, Saica Group once again proved its double commitment to innovation and sustainability at the 12th packaging convention held in the French town of Mandelieu-la-Napoule. The event brought customers and managers of the Company’s Pack and Flex divisions together, which jointly comprise Saica Packaging. It was the first time that the two business divisions hosted an event together. Saica’s CEO, Ramón Alejandro, stated that “the only possible progress is one that is built on sustainable solutions, which Saica Pack and Saica Flex are proud to be able to offer”.
In front of a large audience at the event presented by Jean-Pierre Barrere, our Sales Development and Marketing Director at Saica Pack France, the opening presentation was by Pascal Giraud, the Packaging Business General Manager of Saica Packaging. Giraud emphasised that “with the support of the entire Group, Saica Packaging gives us the unique opportunity to design, produce, supply and recover packaging in a truly circular economy”. This was a subject that Pilar Franca, People and Sustainable Development Director, dealt with in further detail, by introducing and explaining the importance of the ‘ESG’ (Environment, Social and Governance) concept. “Sustainability is the commitment by people to values aimed at achieving change”, she claimed.
Saica Pack's Commercial and Marketing Director and also Commercial Plan Project Director at Saica Flex, Miguel Ángel Martínez, also claimed that “Saica Packaging gives a boost to the implementation of new packaging solutions, making the most of our experience in R&D&I with paper and flexible packaging”. Saica Flex’s Sales and Marketing Director, James Beresford-Wylie, announced the goal of “designing recyclable options for 100% of our flexible packaging by 2025”.
There was also participation by some of the Group’s customers at the event, and other companies such as Citeo, whose Eco-Design Technical Director in France, Jean-François Robert, called for “complementary solutions to limit the environmental impact of packaging”. Mathilde Viot, Purchasing and Innovation Manager of Perle du Nord, praised their cooperation with Saica, saying that “it has led to more sustainable packaging while maintaining product quality”. Robert Walker, Fyffes Materials Manager, on the other hand agreed with this, saying that it was the fruit of their agreement with Saica.
Innovation contest
On the Wednesday before the event, the ninth edition of the Innovation Contest was held, where ten finalists, representing the Group’s technical offices, performed demonstrations which were then voted on by the attendees. In the “Corrugated Card Packaging” (Pack) category, the award went to the CRC Box by Saica Pack Barcelona (Spain), a box for domestic use with a child-proof safety opening. In the “Flexible Packaging” category, the Grouping Band by Saica Flex UK and Ireland won, with a flexible strip for storing and transporting bananas. Finally, in the Joint Solutions category, the winner was Clip for Bottles by Saica NDC Iberia, a combination of corrugated card and flexible paper for handling bottles.

About the Saica Group

The Saica Group is one of the leading companies in Europe in the manufacture of recycled paper for corrugated card, with a production capacity of 3.3 million tonnes per year. With over 10,000 employees and operations in Spain, France, Italy, Portugal, United Kingdom, Türkiye, Luxembourg, Netherlands and United States, the Saica Group has four business lines: manufacture of recycled paper for corrugated card (Saica Paper), waste management and environmental services (Saica Natur), production of corrugated card for packaging (Saica Pack) and flexible packaging (Saica Flex). The Group’s turnover amounts to 3,598 million Euros (consolidated turnover as of 31st December 2021). 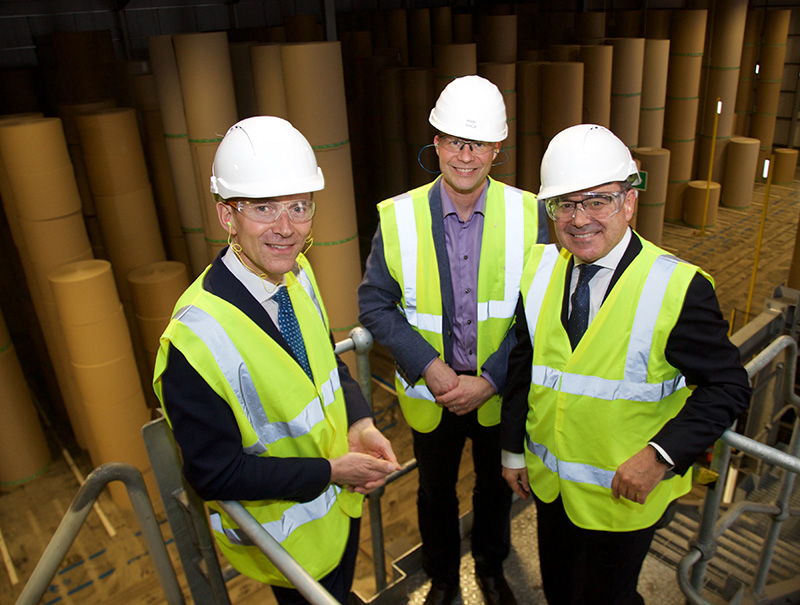 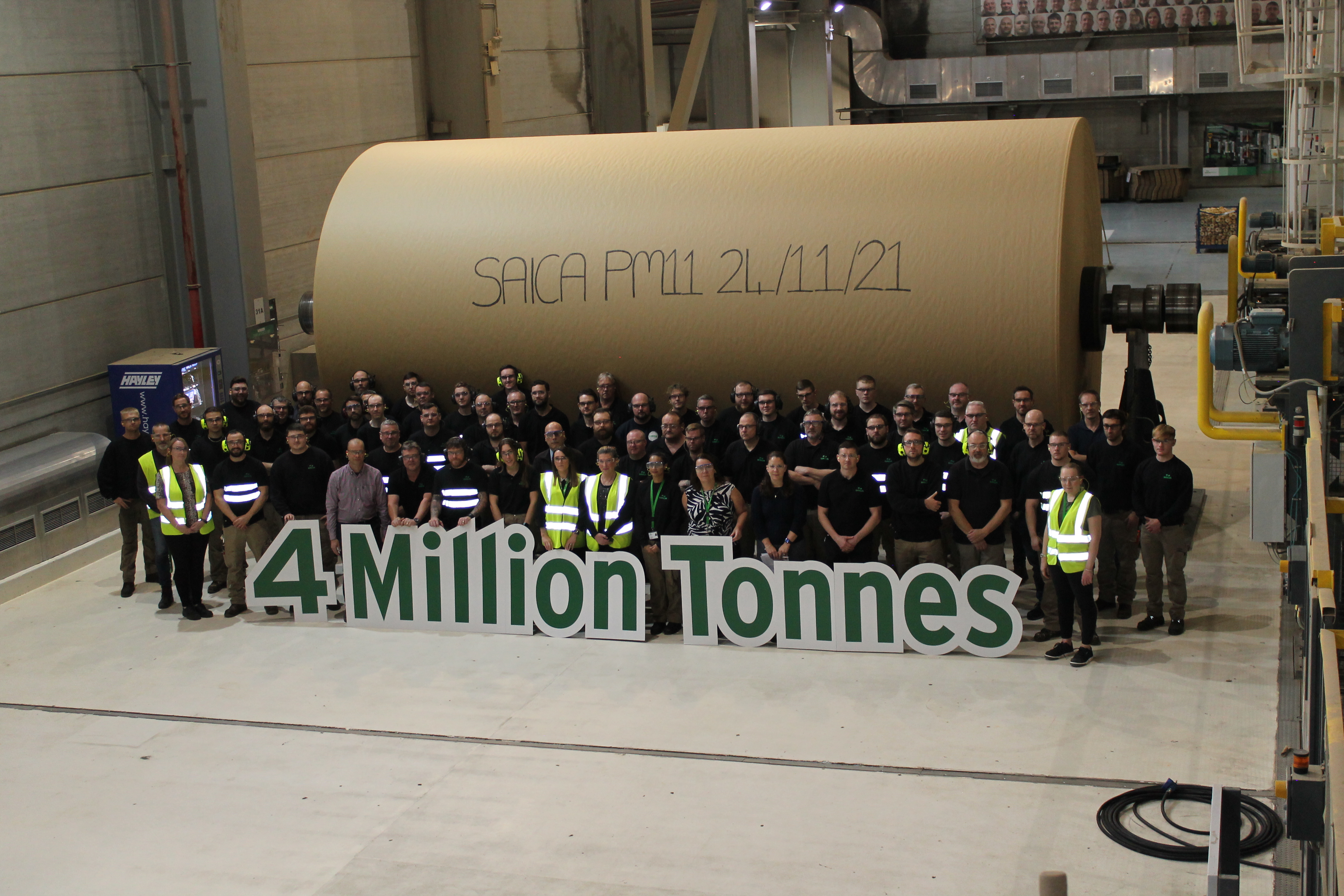